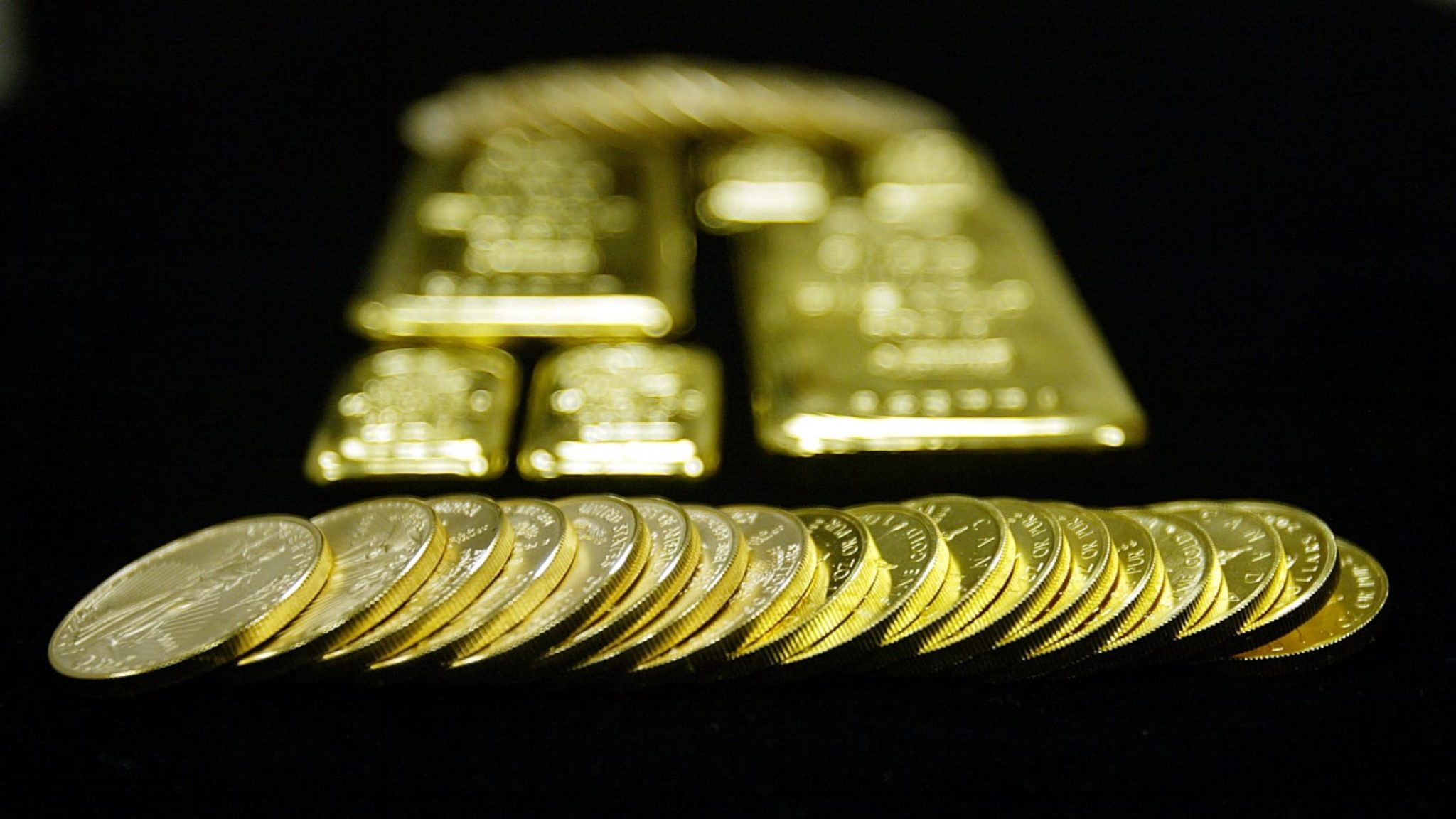 Gold prices have continued to grind lower since peaking on August 7 (2075.14), as the absence of a much-needed fiscal aid package, the Federal Reserve’s wait-and-see approach to monetary policy and a heated US presidential race undermine the liquidity-driven precious metal.

Gold’s inverse relationship with the US Dollar could see the precious metal continue to track lower in the near-term, given that the upcoming US presidential election on November 3 will more than likely stoke volatility up until the point that a winner is announced.

Although Democratic nominee Joe Biden is holding a significant lead over President Donald Trump in the national polls his margin has notably narrowed, with the rate of change favouring the Republican incumbent.

In fact, the deterioration in Mr Biden’s lead appears to coincide with the 14-day correction seen in US equity markets, after the former Vice President’s margin ballooned to 10.3 on October 11, according to Real Clear Politics’ polling data.

The benchmark S&P 500 index topped the following day and has since shed as much as 8.9% on the back of Mr Trump’s resurgence.

This risk-off reaction could be indicative of a market concerned by the potential of a contested election, considering the Trump administration’s consistent questioning of the mail-in ballot process and the President’s suggestions that the Supreme Court may ultimately decide the winner of the presidency.

Moreover, the probability of a ‘Blue Wave’ scenario – where Democrats control the White House, Senate and the House – has diminished in recent days, which in turn calls into question the overall size of an additional fiscal stimulus package.

Therefore, growing uncertainty may weigh on the performance of precious metals, with a drawn-out election process threatening to significantly discount Bullion prices in the interim.

From a technical perspective, the outlook for gold prices appears skewed to the downside, as price carves out a Descending Triangle pattern just above key psychological support at 1850.

The development of the RSI and MACD indicators hint at swelling bearish momentum, with both oscillators tracking firmly below their neutral midpoints.

That being said, a rebound back towards the Descending Triangle hypotenuse and trend-defining 50-day moving average (1901.68) could be on the cards, if buyers can overcome resistance at the 100-DMA (1890.71).

A daily close above the October high (1933.28) is needed to invalidate the bearish chart pattern and carve a path to test the September high (1992.63).

Conversely, a break and close below the September low (1880.91)) would probably ignite an impulsive downside push back towards the psychologically imposing 1800 mark and bring the sentiment-defining 200-DMA (1785.09) into play.