Gold, silver up on safe-haven bids amid China storm clouds

Gold, silver up on safe-haven bids amid China storm clouds

Gold and silver prices are moderately higher in midday U.S. trading Thursday, as safe-haven demand returned to the metals after a brief absence. Souring China-U.S. relations are back on the front burner of the market place. August gold futures were last up $6.00 an ounce at $1,732.80. July Comex silver prices were last up $0.238 at $17.995 an ounce.

There is a bit more risk aversion in the marketplace Thursday, as China’s government has ratified what it calls a national security law that ostensibly tightens mainland China’s grip on Hong Kong. The move has further angered the U.S. as relations between the two largest economies in the world continue to deteriorate. The U.S. Secretary of State on Wednesday said Hong Kong was no longer autonomous from China, implying the U.S. may revoke Hong Kong’s favorable trade status. Such would have big implications for the many major U.S. companies doing business in Hong Kong. The U.S. House of Representatives Wednesday passed a bill that would sanction China for its oppression of minority groups.

The important outside markets see the U.S. dollar index solidly lower today. Nymex crude oil prices are higher and trading around $33.75 a barrel. These two markets were in a bullish posture for the metals markets today.

Technically, August gold futures see late-week price action suggesting the bears became near-term exhausted and that prices will drift sideways to higher in the near term. The bulls have firm the overall near-term technical advantage. Gold bulls’ next upside near-term price objective is to produce a close above solid technical resistance at the April high of $1,789.00. Bears’ next near-term downside price objective is pushing prices below solid technical support at $1,668.40. First resistance is seen at today’s high of $1,743.70 and then at $1,750.00. First support is seen at today’s low of $1,720.00 and then at this week’s low of $1,701.60. Wyckoff’s Market Rating: 7.0

July silver futures bulls have the firm overall near-term technical advantage. A bull flag pattern has formed on the daily bar chart. Silver bulls’ next upside price objective is closing prices above solid technical resistance at the February high of $19.07 an ounce. The next downside price breakout objective for the bears is closing prices below solid support at $16.50. First resistance is seen at the May high of $18.165 and then at $18.50. Next support is seen at today’s low of $17.685 and then at $17.50. Wyckoff’s Market Rating: 7.0.

July N.Y. copper closed up 345 points at 241.65 cents today. Prices closed near the session high today. The copper bulls have the overall near-term technical advantage. Prices are in a nine=week-old uptrend on the daily bar chart. Copper bulls’ next upside price objective is pushing and closing prices above solid technical resistance at 255.00 cents. The next downside price objective for the bears is closing prices below solid technical support at 230.00 cents. First resistance is seen at this week’s high of 243.90 cents and then at the May high of 246.80 cents. First support is seen at this week’s low of 235.85 cents and then at 231.40 cents. Wyckoff’s Market Rating: 6.0. 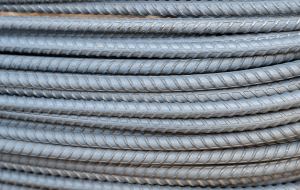